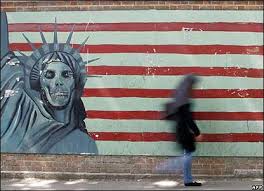 Propaganda… We have it too!

“Always Coca Cola”, “Mc Donald’s, I’m loving it!” We have our kind of propaganda in our capitalist society. Our propaganda aims to make us consume particular products and services. If you are aware of this or not, it works…

I do not want to get into the fake news discussion. There is a lot of fake news about Cuba and even the US government is in on that. Cuba has a ministry of propaganda and they at least call it that way. We have add agencies that violate the truth much more!

Cuba has Propaganda too, but different

Cuba has a different kind of propaganda because there is no commercial competition. They do not have to distinguish between almost similar products because everything is state produced, state distributed and state owned. So Cuban propaganda is aimed at politics and ideology. Coke and McDo are replaced by socialism and communism, and those ideologies are “sold” to the people by hollow slogans as “Father land or death” or “Nature and revolution”.  There is a whole ministry dedicated to producing those empty slogans, just like we have an industry, producing the same empty slogans (add agencies), with the difference that in Cuba they sell an ideology and in the west they sell stuff.

Truth is in the eye of the beholder

In Cuba, propaganda goes deeper. It is part of the school system too. Look around; you don’t see children cry in Cuba! (Some might argue that consumerism is part of our education system too…)

An example of school propaganda: We picked up two students that were hitchhiking, and they just had a class in philosophy. So I asked which philosophers they talked about. “Marx and Lenin” was their answer. Slightly amused I asked what kind of philosopher Lenin was, and their answer was that Lenin was a “Very Practical Philosopher”.

If you don’t see the joke in that answer, you might not want to read our book…

‘We’re always wrong in Cuba. Let us help you out with an entirely different perspective…

CubaConga is an alternative travel guide to Cuba, that skips the propaganda and shows you life like it is, the pitfalls you should avoid and will not only save you about 200$ per week, it will greatly enhance your fun and insight, as well as reduce your budget.

If it does not… we will refund you. No questions asked.

You probably understand that this is propaganda for our book :-). Get it here and up your game. It goes deeper than this blog. At the ‘Order, the book now please‘ page we’ll give you a bonus tip that will save you at least 2 hours in Cuba. Just to refund the time you’ve spent on our blog…

Drinking water... A different story that will quench your thirst.

How to book an authentic Casa Particular